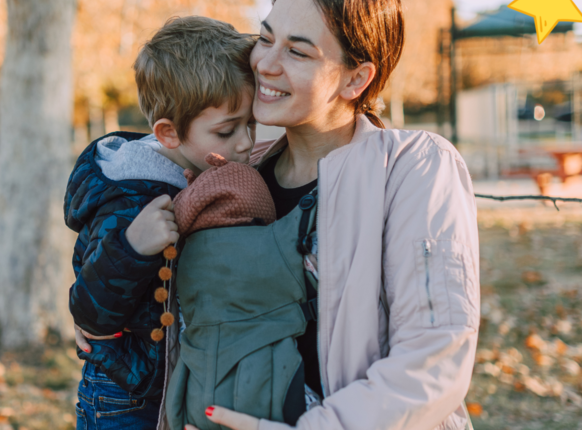 When a child is born, we need to make room and if we have another, we need to find a new place for him too, without taking away from those who are already there. They know this well at Luca's house, who became an older brother at just two years old. Lucrezia arrived a couple of months ago and the house has become full of activities. One chore follows another non-stop. The grandparents live far away, and the father is often away on business and sometimes doesn't even come back during the weekend.

Even though mother Silvia tries to do her best, Luca is angry and wakes up several times in the night, throws a thousand tantrums, refuses to go to school. His nervousness infects the other family members, especially his mother. She doesn't feel confident handling the situation and feels guilty: why doesn't the advice written in the books work?

Silvia has a past marked by suffering. She was forced to leave her job to be with her children and she has a difficult relationship with her immediate family. After the birth of little Lucrezia, she felt even more alone, empty, inadequate and so she sought help from the psychologist and the social worker of the Consultorio in our area.

How to support Silvia in her journey as a mother

Silvia finds herself in difficulty and could become part of  With the families, the socio-educational project that the Valter Baldaccini Foundation carries out with the Consultorio for the most fragile and vulnerable families in the area, with the aim of supporting parenting and guaranteeing many boys and girls "the best possible start".

Concrete help that she can only receive if you choose, with a donation, to stand by her. This Christmas becomes Silvia's lucky star.

Thanks to you and your help, our educators Lucia and Annachiara will be able to go to her house every week and will help her

This Christmas becomes Silvia's lucky star, it lights up her life. Please give today!