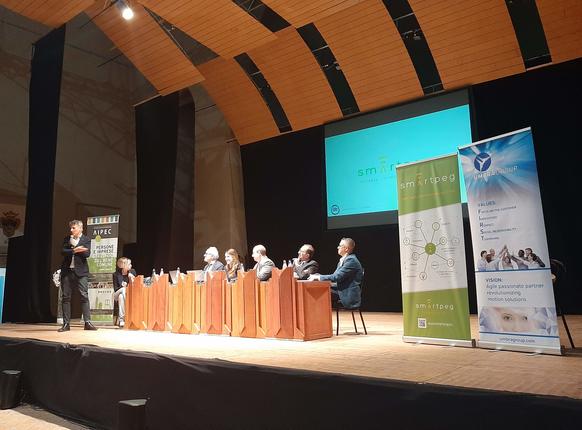 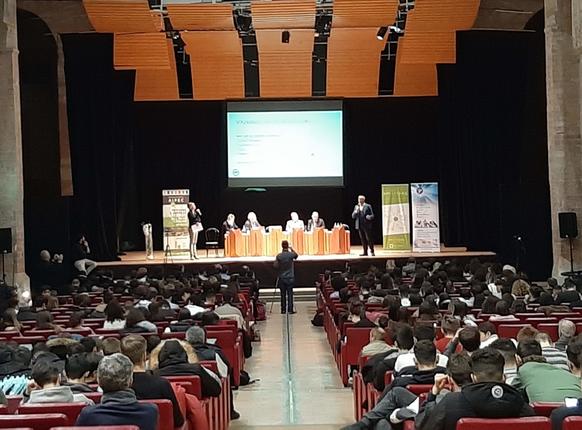 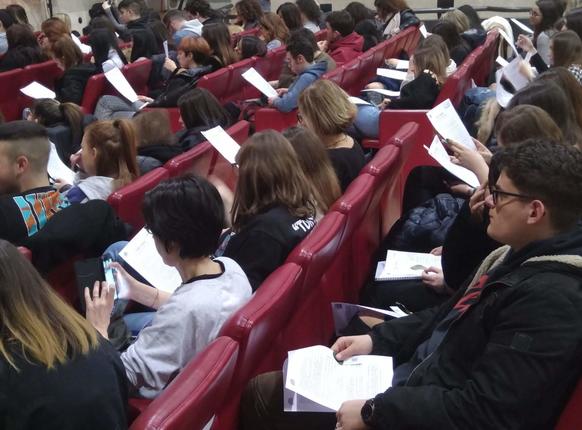 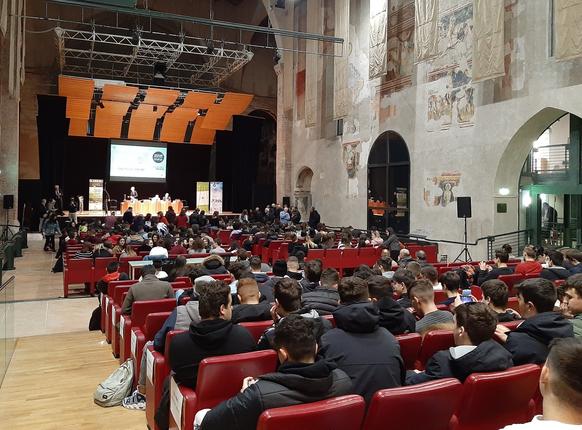 "Your businesses are sources of hope to build other ways of understanding the economy and progress." Pope Francis began with this reflection in his invitation to young people to participate in The Economy of Francesco scheduled for 26 to 28 March in Assisi. In response, on Thursday, Feburary 20th, UMBRAGROUP, Smartpeg and AIPEC organized the conference “Humanize the economy. Young people and businesses in dialogue to create work environments that enhance human potential."

This event was created in collaboration with the Valter Baldaccini Foundation, the Diocese of Foligno and the Citizens of the World Project and was among the preparatory initiatives for the important initiative desired by the Holy Father.

It was a morning full of content and food for thought on what a new vision of the economy means and how the person and the community can be put in the center. Led by Eugenia Scotti of Tv2000, the following guests spoke: Giuseppe Argiolas, Professor of Management and Director of the Doctoral School of the Sophia University Institute, Livio Bertola, President of AIPEC, Antonio Baldaccini, CEO & President UMBRAGROUP, Carlo Odoardi, Human Resources Management for Innovation Director of UMBRAGROUP and Gianni Cicogna, Smartpeg President and AIPEC Umbria Referent. There was no shortage of interactive moments, such as the laboratory curated by Pietro Isolan and Elenia Penna of Associazione Veraterra.

Thanks to Monsignor Domenico Sorrentino, Bishop of Assisi, Nocera Umbra and Gualdo Tadino; Mons. Luigi Filippucci of the Diocese of Foligno; Stefania Proietti, mayor of Assisi and Lorenzo Schiarea, President of the Municipal Council of Foligno, for opening the morning's work with official greetings.