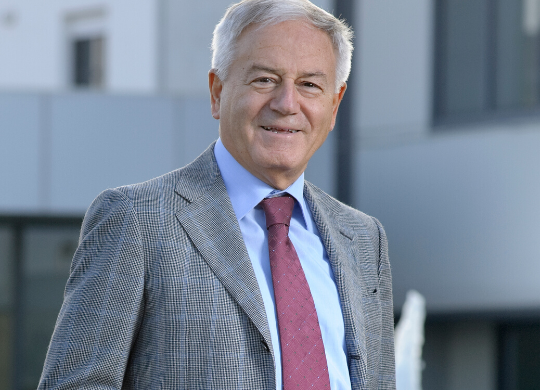 On the very days when The Economy of Francesco event should have been held in Assisi on Sunday 29 March, the Rai Due program "Sulla Via di Damasco" (On the Road to Damascus) dedicated an episode to a new idea of economics.

This is a moment, the one we live in, that is forcing us to rethink the economy and work with new energy and new creativity. Sister Alessandra Smerilli, founder and professor of Economics at the SEC (School of Civil Economy) explains this concept and offers examples of companies whose strength is in developing people and nurturing relationships.

Among them is UMBRAGROUP, founded by Valter Baldaccini, which since its inception has been committed to combining work, solidarity and sustainable development, creating wealth with the mission of redistributing it.

A heartfelt thanks from the Foundation to the television program "Sulla Via di Damasco" for the beautiful portrayal of Valter Baldaccini, an entrepreneur inspired by the Gospel, a man who always placed profound value on respecting others, who cared about those in great difficulty and showed us that a new economy, which puts the person at the center, is possible.

Please watch the episode (in italian)